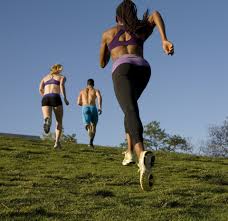 Friends ! these are great Motivational Running Quotes to keep you runners moving,  motivated and going strong.

All of you runners and athletes who push your bodies to the limit. I commend you! Here are my chosen running quotes to keep you motivated. Let's get started. On your marks,  Get set,  Go !

"Life is often compared to a marathon, but I think it is more like being a sprinter; long stretches of hard work punctuated by brief moments in which we are given the opportunity to perform at our best."

"Many people shy away from hills. They make it easy on themselves, but that limits their improvement. The more you repeat something, the stronger you get."

When you get to the end of your rope, tie a knot and hang on.

"In running, it doesn't matter whether you come in first, in the middle of the pack, or last. You can say, 'I have finished.' There is a lot of satisfaction in that."

Listen to your body. Do not be a blind and deaf tenant.

"Methinks that the moment my legs began to move, my thoughts began to flow." 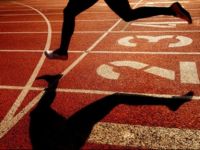 "Mental will is a muscle that needs exercise, just like the muscles of the body."

"If you want to become the best runner you can be, start now. Don't spend the rest of your life wondering if you can do it."

Stadiums are for spectators. We runners have nature and that is much better.

"I had as many doubts as anyone else. Standing on the starting line, we're all cowards."

The greatest pleasure in life, is doing the things people say we cannot do. 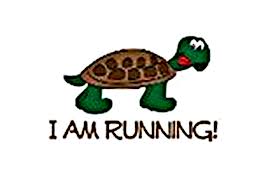 Only think of two things — the report of the pistol and the tape. When you hear one, run like hell, until you break the other.

Vision without action is a daydream. Action without vision is a nightmare.

"No one ever drowned in sweat."

"Those who think they have not time for bodily exercise will sooner or later have to find time for illness."

"Everyone who has run knows that its most important value is in removing tension and allowing a release from whatever other cares the day may bring."

You have a choice. You can throw in the towel, or you can use it to wipe the sweat off of your face.

"Play not only keeps us young but also maintains our perspective about the relative seriousness of things. Running is play, for even if we try hard to do well at it, it is a relief from everyday cares."

Now if you are going to win any battle you have to do one thing. You have to make the mind run the body. Never let the body tell the mind what to do. The body will always give up. It is always tired morning, noon, and night. But the body is never tired if the mind is not tired. When you were younger the mind could make you dance all night, and the body was never tired. You've always got to make the mind take over and keep going.

"Running is the greatest metaphor for life, because you get out of it what you put into it."

Even if you're on the right track, you'll get run over if you just sit there.

Back from Motivational Running Quotes to Encouragement Quotes

Back from Motivational Running Quotes to Inspirational Sports Quotes