Inspirational basketball quotes for the ball enthusiasts like my own sons. Enjoy! 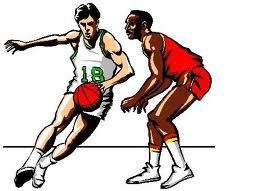 “A winner is someone who recognizes his God- given talents, works his tail off to develop them into skills, and uses these skills to accomplish his goals.”

"Morale and attitude are the fundamentals to success."

“Good, better, best. Never let it rest. Until your good is better and your better is best.”

“You can’t get much done in life if you only work on the days when you feel good.”

Good teams become great ones when the members trust each other enough to surrender the Me for the We.

“Being a part of success is more important than being personally indispensable.”

We win because we play together as a team.

I’ll do whatever it takes to win games, whether it’s sitting on a bench waving a towel, handing a cup of water to a teammate, or hitting the game-winning shot.”

"One man can be a crucial ingredient on a team, but one man cannot make a team."

If all I'm remembered for is being a good basketball player, then I've done a bad job with the rest of my life.”

"Obstacles don't have to stop you. If you run into a wall, don't turn around and give up. Figure out how to climb it, go through it, or work around it."

If you are going to take it to the bank, then you better cash it in.

“I have missed more than 9000 shots in my career. I have lost almost 300 games. On 26 occasions I have been entrusted to take the game winning shot .. and missed. And I have failed over and over and over again in my life. And that is why... I succeed.”

When I dunk, I put something on it. I want the ball to hit the floor before I do.

Back From Inspirational Basketball Quotes To Encouragement Quotes Home